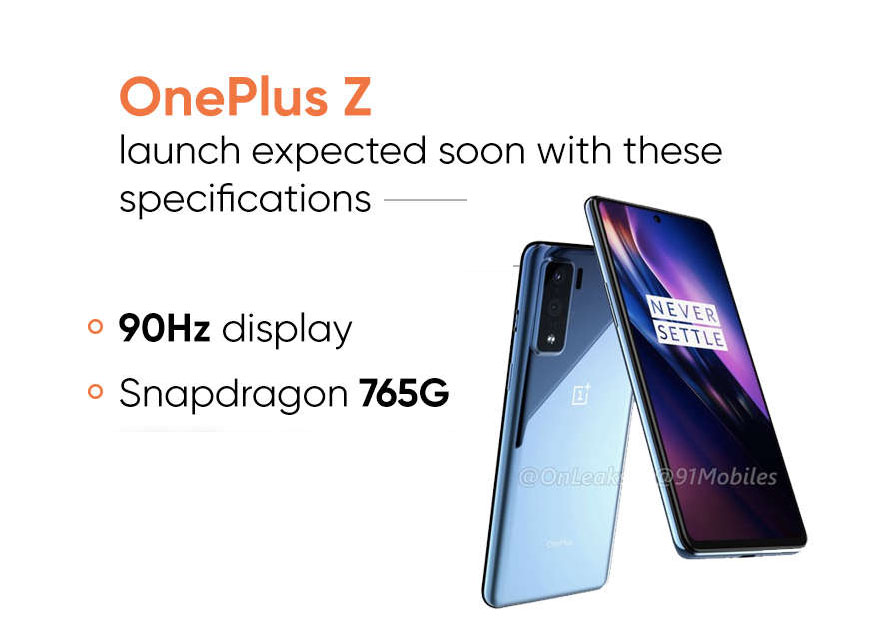 OnePlus confirmed its new budget-smartphone i. e OnePlus Z, putting all rumours and speculations at rest. “As we have always done when we try something new, we are going to start relatively small with this new product line by first introducing it in Europe and India,” Lau said in the forum post. “But don’t worry, we’re also looking to bring more affordable smartphones to North America in the near future as well.”

As per some rumours July 10 will be the launch date for the new smartphone that is rumoured as the OnePlus Z, aka OnePlus Nord. However, it is safe to take that rumour with a pinch of salt until the company makes a confirmation from its end.

For the first time OnePlus is trying to bring something affordable to the market. Previously OnePlus X that was launched in November 2015 as a budget model by the company was a failure.

For sure the new move is likely to be helpful in attracting customers who were avoiding OnePlus phones lately — due to premium pricing.

The OnePlus Z was expected to launch alongside the OnePlus 8 series in April, however, the brand held onto the device for a later release. The phone has now been tipped to be launched in July, and it could start at $299 or Rs 22,799 in India.

Even though the renders of the OnePlus Z suggest a dual-rear camera setup, some rumours claim that the device will sport three camera sensors on the back where the primary camera will be a 48MP sensor paired with a 16MP ultrawide-angle lens and a 2MP depth sensor. The front camera could be a 16MP selfie shooter.