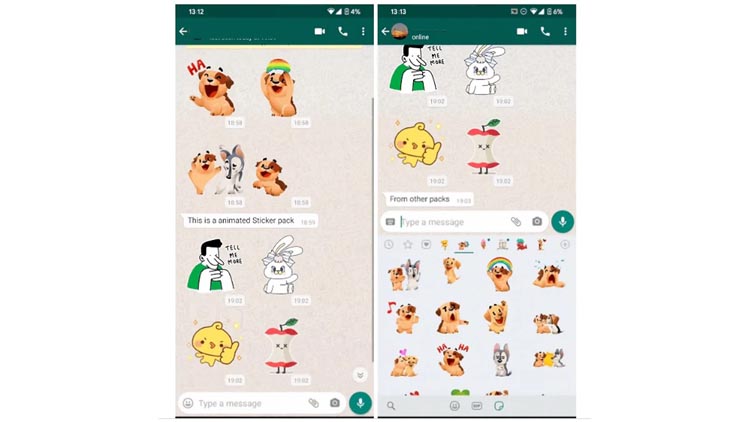 Whatsapp  has been  working on animated stickers for a while now. Details of full rollout are still not known. Last year WhatsApp started supporting stickers , but it is yet to offer animated stickers.  Whatsapp allows users to download third-party sticker packs.

Android Police also confirmed that they are  where able to download default sticker packs from WhatsApp.  They saw five sticker packs –  Rico’s Sweet Life, Moody Foodies, Playful Piyomaru, , Bright Days and Chummy Chum Chums. The report by Android Police reiterates that the sticker packs are not seen unless someone sends a sticker from each pack.

WhatsApp v2.20.194.7 beta for Android can be downloaded via APK Mirror or if you are on WhatsApp beta channel via Google Play store, you will get it automatically.